Warning: "continue" targeting switch is equivalent to "break". Did you mean to use "continue 2"? in /homepages/25/d173652241/htdocs/Websites/flightfire/wp-content/plugins/unyson/framework/extensions/backup/includes/lib/srdb.class.php on line 811 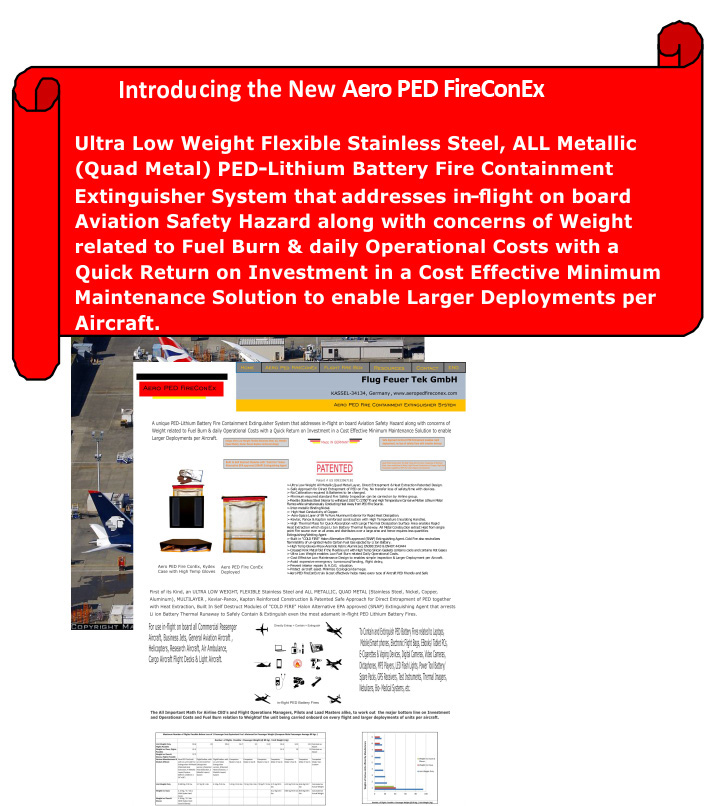 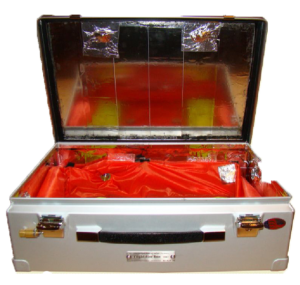 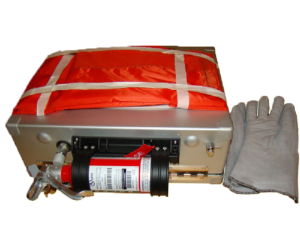 A truly innovative, adaptable, ergonomic, one for all- any size- any PED fire control system with a multifaceted technical approach to Contain and Extinguish in-flight PED Lithium Battery Fires. Even burning Laptops inside backpacks. All this with safe contained transport and possible PED/data recovery/failure analysis at a low cost. 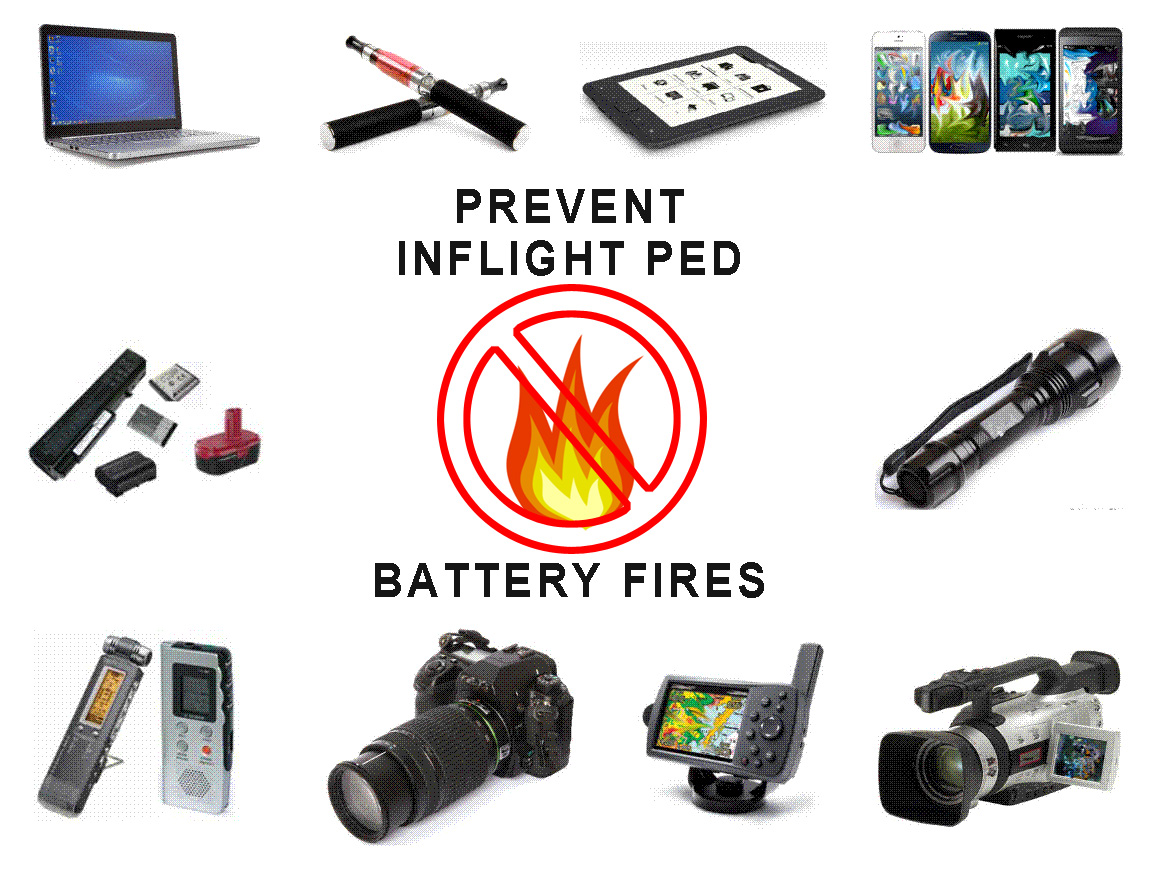 One common factor, ALL these PEDs are powered by Lithium Ion Batteries. On a typical flight, "a single aisle jet carrying 100 passengers could have over 500 lithium batteries on board with none of them needed to be tested, certified or even maintained to manufacturing specs", as stated in a report by the Royal Aeronautical Society .

The Aviation industry too has striven to allow inflight Expanded Use of PEDs as recommended while also trying to ensure safety. Only PED batteries remain impossible to be checked & hence the problem persists.

Lithium Ion Battery Fires are uncontrollable due to a cascading "Thermal Runaway" effect. Newer Lithium Ion technologies too cannot solve this problem with no change for a long time due to the volume produced.

The explosive fire spews flaming metallic gel and a large amount of toxic, flamable smoke. This happens in a short time between 50 to 120 seconds and cannot be putout easily. Fire Blankets or Ice will make it worse and Hand Fire Extinguishers are ineffective in penetrating the PED body and reach the fire. Temperatures can melt Aluminium, where thinner lightweight Magnesium Alloy laptops, if allowed, even, in a controlled burn, will be impossible to extinguish. Access to burning Laptops inside a backpack and the rapid response time required makes the situation worse.

The result, if not contained and extinguished, can be catastrophic in the panic struck passenger confines, more so in a long haul trans-oceanic flight, with no time to return.

The only way left to ensure flight safety is to contain the problem after occurrence, rapidly & effectively while avoiding injury.